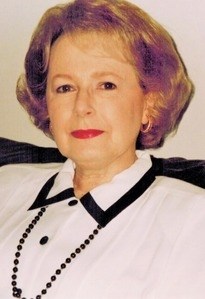 Carol Rosenberg, a beloved member of the Roanoke Jewish community, passed away at Lewis-Gale Medical Center on Wednesday, November 3, 2021. She was 92 years old.

Carol was born in Lawrence, New York, the only daughter of Arnold and Lillian Wintner. She grew up in New Rochelle, and when told about Hollins College, she loved the grounds and decided to attend. She met the love of her life, Morton Rosenberg, a Roanoke boy with strong ties to the Jewish community.

Soon after she graduated in 1951, they were married and never left Roanoke. They had two children, Cathy and Don. Carol was a substitute teacher for English and French, and when the children were in elementary school, she would often get a call at seven in the morning to teach a class.

Both Carol and Morty were pillars of the Jewish community. Carol was instrumental in founding Sisterhood at Beth Israel Synagogue and over the years held almost every office. She also helped form the Roanoke chapter of B’nai Brith and Hadassah.

Carol’s interests went far and wide, from an energetic game of bridge with her friends, travel with her husband, birding, bowling, and playing the piano. She enjoyed classical music and opera. She did needlepoint, knitted scarves, and then discovered the joy of pottery making. She became active in the Virginia Mountain Crafts guild and even taught classes. One of her proudest moments was when she was named a life member of the Blue Ridge Potters Guild after her many years of service.

Carol is survived by her two children, Cathy (Lon) and Don (Dena); and her two grandsons, Jeffrey and David.

She was a classy lady who will be missed by many.

In lieu of flowers, memorial donations may be made in Carol’s name to Beth Israel Synagogue located at 920 Franklin Road in Roanoke, Virginia 24019 or to the National Parkinson Foundation located at 200 SE 1st Street Suite 800 in Miami, Florida 33131.

The Rosenberg family is being served by John M. Oakey & Son Funeral Home in Salem, Virginia (540-389-5441). Online condolences may be expressed at http://www.johnmoakey.com.